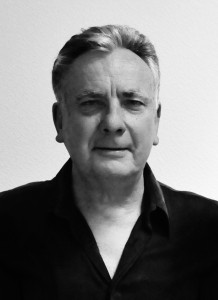 Stanislas Georges Paczynski, born in Grenoble (France) on March 30, 1943, is a Jazz drummer and percussionist, composer, writer, teacher and holds a Doctor of Letters. As the son of Polish political refugee parents, and stateless, he acquired French citizenship at the age of 16 years to avoid being forced to go to Poland to carry out military service, which was compulsory at the time. He built his career playing in France, during the 60s, in Parisian jazz clubs, with many American and french musicians such as Phil Woods, Art Farmer, Tony Scott, Mal Waldron, Freddy Reed, Sonny Criss, Hampton Hawes, Bill Coleman, Pierre Michelot, Henry Texier, Michel de Villers etc… including soon agterwards, with Jean-Paul Celea, François Moutin, Riccardo Del Fra, Eric Watson etc…

In 1966 he won the award for “ best drummer “ in the Amateur Jazz Festival at La Locomotive in Paris.

In 1968 he represented France at the Montreux Festival in Switzerland and Zurich Festival, with the vibraphonist Michel Terrioux Quartet.

As a drum instructor at the 5th Infantry Regiment in 1969-1970, he comes into contact with Guy-Joël Cipriani, a percussionist with the Paris Opera in 1970.

In 1971 he was appointed as a percussion teacher at the Municipal Conservatory of Colombes.

In 1973 he completed his Master’s degree (3rd cycle at the Sorbonne – Paris III) and thesis on Baudelaire et la Musique (376 pages. Work not published. Available at the Sorbonne’s library). He returns to playing jazz in different trios, especially with pianists Jean-Pol Asseline, Siegfried Kessler and Michel Graillier. He is soon asked to teach jazz drums at the CIM (Center of Music Information) – with was at the time, the most important school of Jazz in Europe.

In the 80s, he became the musical illustrator of the film Baptême (Baptism) by René Ferret and interpreted the soundtrack of the film Un homme et Deux Femmes (One Man and two women) by Valérie Stroh.

In 1986 he inaugurated the Jazz drum class at the Regional Conservatory of Cergy-Pontoise.

Meanwhile, from 1984 to 1996, he was invited by Radio France twice a year in tne Black and Blue show by Lucien Malson and Alain Gerber on France Culture.

From 1996 to 2008, he was a part of the Black and Blue team formed by Alain Gerber, with saxophonist Jean-Louis Chautemps and journalist Gil Anquetil. He was heard twice a month on the air of France Culture radio, and during those twelve years, had “ free rein “ annually along with a Black and Blue concert.

Moreover, between 1985 and 1998, he composed pieces for piano and percussion, many of which would be co-signed with pianist Evelyne Stroh (Editions Zurfluh, distribution Editions Robert Martin).

In 1998, he became Associate Professor at the National Conservatory of Music and Dance in Lyon as part of the degree course in CA (Aptitude Certificate). He stops this activity in 2015.

Since 2004, he has been part of a duet with the great concert pianist Georges Pludermacher.

In 2005, he heads the Paczynski-Palisseaux-Fradelizi trio which recorded the CD Générations in 2006 (Arts & Spectacles, Avant Scène).

In 2008 he composed les Blues, 6 pieces for piano and percussion based on an original idea about the literature of percussion: the combination of writing and improvisation – both for the pianist for the percussionist – as part of the blues grids (Editions Arts & Spectacles / Avant Scène). From that year, he became the leader of a trio with pianist Armel Dupas and bassist Joachim Govin. They made the CD Présences and the DVD Live 2009 (Arts & Spectacles, Avant Scène, 2009).

It is in 2011 that finalizes an autobiographical work – L’Art sans art, le mystère de l’apprentissage (Art without art, the mystery of learning) (Arts & Spectacles. 2011) – which is the sum of all his research from a musical, pedagogical and philosophical level.

In 2013, the exciting duo work – beginning nine years ago – with the concert pianist Georges Pludermacher finally culminated in a concert that was recorded and filmed. In the first part, the famous pianist played its transcription for two hands, unique in the world (and at which he had worked on for fifty years!) The Rite of Spring – by Igor Stravinsky. The concert was followed by a second part, a duet Pludermacher / Paczynski From Rite to Fight, which was entirely improvised. During that same year in 2013, Georges Paczynski records under his name Le Carnet inachevé (The unfinished Book ) with bassist Marc Buronfosse and pianist Vincent Bourgeyx (Arts & Spectacles, Avant Scène 2013).

The year 2014 marked by the creation of a new Georges Paczynski trio with bassist Marc Buronfosse and pianist Stéphane Tsapis. Their new CD: Le but, c’est le chemin (The Goal is the way) (Arts & Spectacles, Avant Scène, 2014) was just recorded.

In 2016, The Georges Paczynski trio with Stéphane Tsapis (piano) and Marc Buronfosse (bass) has recorded a new CD: Le Voyageur sans bagage. This CD can be founded in France since the end of November 2017.

In 2018, Georges Paczynski propose an autobiography which is the story of his parents and their friends – a story of a dramatic exile. With an only one and the same obsession : Poland and Freedom.

The same year, a team coming from Germany realize a film « L’Interview  » with english sub-titles. Georges Paczynski speaks about his experience of drums, music, philosophy, history of religions and metaphysics.

The same team, came once more in France to realize a second film «  Une Leçon de musique  » in 2019. Georges Paczynski gives here a music lesson to a pianist and a bass player.

In 2019 also, he performs with a new trio ( Etienne Guéreau on piano and Marc Buronfosse on bass) This album – « Les Voix du silence  » is considered as one of his best record ever done.

In 2020, this same trio is filmed with the same program « Les Voix du silence  » on concert live in the Conservatory of Colombes in France.

The Georges Paczynski trio performs in France and abroad, with concerts that are followed by lectures and master classes. He tells the history of jazz drumming to the public by playing the instrument, and then asks students to work on a Jazz standard repertory in the trio setting, quartet or a larger ensemble.

Collaborator of the New Dictionary of Jazz, Paris, Edition Robert Laffont, 2011, with an entrance Georges Paczynski.